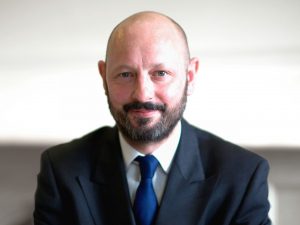 Nicolas is a skilled prosecutor, entirely used to handling large paper-heavy multi-handed trials lasting several weeks. He works closely with police teams, preparing the presentation of expert evidence in such matters as transference of DNA and liquids.

He also works advising police and CPS lawyers on areas such as disclosure and PII. He regularly handles Preston briefings and PII hearings. He has appeared in the Court of Appeal and he frequently advises on unduly lenient sentences.

Nicolas prosecuted all of the trials from Operation Tamara (between June and December 2018) – a police operation focusing on Class A drugs supply in Notting Hill at the time of the Carnival. These cases include:

Other cases Nicholas has prosecuted include:

R v H & A (June 2018) – Allegation of multiple moped enabled robberies over a period of several weeks. Both defendants convicted and received extended sentences of 14 and 17 years. (Croydon Crown Court)

R v N (October – December 2018) – Headed a disclosure team of one other Counsel and two police officers. Over the course of 50 days prepared the disclosure and completed the Disclosure Manual Document for the whole of a multi-handed international money laundering trial that was listed for two months. Advising on issues of PII and disclosure, jurisdiction and preparing evidence to be served as part of Crown’s case. Headed conferences with his team and guided team on how to prepare and handle disclosure. Involving Mutual Legal Assistance and Letters of Request. (Woolwich Crown Court)

R v Brown [2016] EWCA Crim 523 – this case is a leading authority as to how a Judge should handle notes and situations of apparent deadlock in a jury – the defendant in that case having been convicted unanimously by the jury after a note indicating apparent dead lock; conviction was upheld on appeal and Judge’s handling and direction approved.

This year, Nicolas has worked closely with two Crown Courts, appearing voluntarily at open days presenting mock trials to the Public on weekends.

In Chambers Nicholas plays an active role on the Pupillage committee, marking Pupillage applications and attending numerous evenings of interviews each year.