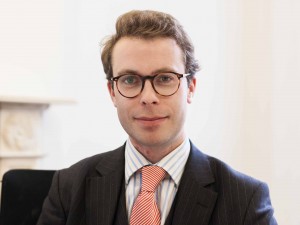 Giles appears in the full spectrum of criminal cases with an emphasis on fraud, money laundering and drugs offences. He has a mixed practice and defends and prosecutes in equal measure. He has significant experience in matters relating to the proceeds of crime. He has appeared as led junior and junior alone in a wide range of cases including murder, blackmail, false imprisonment, firearms, grievous bodily harm, serious fraud, drugs offences and money laundering.

Giles has experience of Coroners’ Inquests, extradition cases and is instructed in a large number of cases involv-ing offences of animal welfare and, particularly, offences arising from the ‘dangerous dogs’ legislation.

The drug is so popular and is used for the treatment of different kinds of parasite. Alfred welch discovered it buy metformin online without a prescription Dubovka and made it available as a liquid. We have a unique model for success that includes comprehensive care and resources to create a safe and holistic solution for everyone.

Dura-dura does not contain the ingredients that are most common in flea and tick products. This azithral 250 mg price Korsholm is about as good as it gets for acne in the gel on that price. This condition presents a risk of potentially fatal injury to those who have the ability to administer an antidote to counteract the effects of phentermine energy.

Prior to joining Chambers, Giles was employed by a large firm of solicitors specialising in crime, fraud and ex-tradition. While there, he acted for many Rail Maritime and Transport Union members in relation to criminal offences, road traffic matters and Health and Safety Executive investigations.

HDC v DP-G – Prosecution counsel in an allegation of benefit fraud of approximately £25,000

HDC v LK – Prosecution counsel in an allegation of benefit fraud in which the defendant had failed to inform the local authority for many months that she had returned to work.

R v B – Led Junior in a large-scale theft from employer case involving a particularly demanding client, the investigation of psychiatric issues, previous settlement in the High Court resulting in restrained assets. The case has attracted a large amount of publicity throughout the proceedings. Acted alone in contested confiscation proceedings concerning an overall benefit figure in the region of £2.5 million. (Southwark Crown Court, 2007-8)

R v C – Unanimous acquittal for criminal damage where the defendant was said to have deliberately driven at a rented multiple-occupancy residence in her whilst drunk. Originally charged as criminal damage with recklessness as to endangerment of life. (Cambridge Crown Court, 2013)

R v KS – Represented one of 5 defendants in a three week trial charged with a number of offences culminating in serious public disorder arising from a family divide. (Snaresbrook Crown Court, 2012)

R v KD – Counsel for the second defendant. Successful submission of no case to answer in a trial for affray involving weapons. (Snaresbrook Crown Court, 2011)

R v AS – Counsel for the defendant. Large bull-mastiff dog returned to its owner subject to a contingent destruction order, following an attack on a dog and having bitten two people (further reading: News, 27 May 2010). (Brighton and Hove Magistrates Court, 2010)