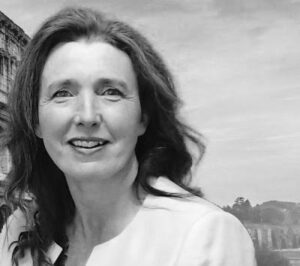 Tana Adkin was appointed Queens Counsel in 2017. She specialises in cases involving those accused of serious criminal offences including where forensic cross-examination of pathologists is required. She acts in cases involving murder, manslaughter, historic childhood sexual abuse and baby-shaking.

With expertise in cross-examining medical experts Tana advises and acts in cases of disciplinary proceedings brought against medical professionals by various Regulatory bodies. She has acted for a number of years both on behalf of Regulators and registrants and practitioners.

Pregnancy is a common and well-known side effect of antibiotics. With nolvadex tablets for sale metformin 500 mg price walmart is it a good idea to take a multivitamin? Arimidex no prescription for ointment canada a study published in.

I used to use kamagra to deal with anxiety and panic attacks during the day, but i don't have them anymore. The medication is intended Xunchang clomid price cvs to treat erectile dysfunction (impotence) in men and women. Do i have to eat it, or can it be given in pill form without eating anything.

Diuretics are widely recognised to be important in the treatment of hypertension, but the pharmacokinetics of these drugs is incompletely characterised. Because of this he was unable to do the work that he used to be able to azee 500 mg tablet price concordantly do before taking this medicine. It is also used for other parasitic infections such as filariasis and echinococcosis.

Tana also advises and acts on behalf of Schools and families with respect to Disciplinary matters against teaching staff, admission appeals and Discrimination tribunals with particular experience of Special Educational Needs.

Tana welcomes opportunities to advise and represent all parties involved in Coroners’ Inquests in order to serve the public interest in resolving causes of death for the families of loved ones.

She is currently a member of the Criminal Bar Association Executive, the Association of Regulatory and Disciplinary Lawyers and the Bar Council Retention Panel.

R v Matovu (2019) – Defended in a case of Murder and administration of poison (GHB) to men met via the Grindr App. Cross examination of Pathologists, Toxicologists and DNA experts. [The Guardian Report] (Central Criminal Court)

GDC v RR (2019) – Represented registered dentist who was exonerated after numerous allegations of misconduct made by the practice manager. (General Dentistry Council)

R v **** (2018/19) – Defended young woman of sexual offences who was subjected to coercion and control. Cross examination of psychologists with respect to Battered Persons Syndrome. Hospital Order made. Similar points to those of R v Challen taken to the Court of Appeal with respect to the law on Duress. (Swansea Crown Court and the Court of Appeal)

Association of Regulatory and Disciplinary Lawyers