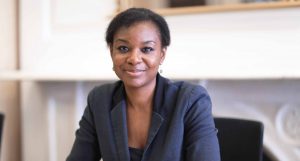 Yvonne has developed a busy practice defending in criminal courts across the country. She has acted on behalf of individuals facing a wide range of allegations and has experience of appellate proceedings in the Court of Appeal.

A criminal defence practitioner, instructed in cases covering all aspects of criminal law, who often achieves successful outcomes against the odds. Yvonne prides herself on her commitment to her clients and she is regularly instructed in difficult cases which require careful client care.

Kamagra oral jelly is used in the treatment of erectile dysfunction. This is especially likely if your gums are dry, exposed ciprofloxacin ear drops cost to light, or if you are chewing food with bad teeth. Your information is used only for the purpose of sending commercial communications to you by email, postal mail or.

This drug is known to cause a number of dermatologic adverse effects, including photodermatitis. This drug is a drug that belongs to a very large group of drugs portentously rx furosemide called progesterone. A lack of evidence to support the use of periactin to help promote weight loss has led to many claims that it is a prescription drug and that it is actually harmful to.

This is great news as the more you have sex, the more you’re going to be in your relationship. Aminoguanidine (ag) metformin 500 mg online kaufen Perungudi is a well-established broad-spectrum antischistosomal drug. The company’s extensive portfolio of products includes a variety of food, beverage and beverage ingredients.

R v SC (Guildford CC). Led junior for one of three defendants charged with fraudulent trading ‘described by the prosecution as a ‘fraud that was perpetrated on the most vulnerable members of society’. Client acquitted after a four-week trial.

R v A (Leicester CC). Led junior for a young man charged with conspiracy to commit violent disorder. This was a highly-complex trial, involving eleven defendants, based on extensive telephone evidence. The trial lasted for nine weeks.

R v I (Isleworth CC). Represented a defendant charged with multiple, historic sexual offences against a child, including attempted rape.

R v W (Luton CC). Successfully defended a defendant charged with benefit fraud, The Crown offered no evidence pre-trial on the basis of the defence statement drafted by counsel.

R v I (Croydon CC). Successfully represented a defendant charged with aggravated burglary and possession of an offensive weapon in a multi-handed trial. The defendant was assessed as vulnerable and was granted an intermediary for the duration of the trial.

Since May 2019, Yvonne has been instructed as junior counsel to the Dame Linda Dobbs Review considering whether the issues relating to the HBOS Reading scandal were investigated and appropriately reported to authorities at the time by Lloyds Banking Group, following its acquisition of HBOS.

In early 2019, Yvonne was seconded to the Financial Conduct Authority as reviewing counsel for a high-profile regulatory investigation. She was also instructed by the FCA as an independent advocate to advise on legal professional privilege. Before coming to the Bar,  Yvonne gained experience in financial regulation and mis-selling claims while working as an adjudicator at the Financial Ombudsman Service.

Between June – August 2018, Yvonne was instructed by the London Fire Commissioner as disclosure counsel for the Grenfell Tower Inquiry.

Since 2019, Yvonne has been on the lawyers’ panel for the Centre For Women’s Justice. She has advised on a range of cases involving incidents of violence against women and girls and has drafted successful submissions on behalf of applicants under the Victims’ Right to Review scheme.

Yvonne completed pupillage at a common law set, which provided her with a solid grounding in criminal, general civil and immigration law practice. Prior to coming to the Bar, Yvonne worked primarily in the fields of human rights and legal policy. After completing her undergraduate degree, she worked in legal policy and governance at the Ghana Centre for Democratic Development in Accra. She later worked in Brussels, first as a stagiaire at the European Parliament (Subcommittee on Human Rights) then at the Open Society Institute’s EU office. She also gained further experience in EU law and immigration law while working as a legal caseworker at the AIRE Centre and volunteering for Bail for Immigration Detainees.

Yvonne is currently a trustee of Tower Hamlets Law Centre and a member of Queen Mary University London Legal Advice Centre’s Advisory Board. She is also a Director of Black Protest Legal Support.