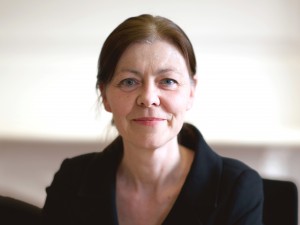 Amanda Hamilton specialises in criminal law and practises in London and the south east of England. Amanda is known for her meticulous preparation and excellent client care. She has been a pupil supervisor since 2005 and each of her pupils has gone on to enjoy successful careers at the Criminal Bar in leading London sets.

Amanda’s expertise is in the area of serious violent and sexual offences and Child Sexual Exploitation. Amanda is particularly skilled in the cross-examination of children and vulnerable witnesses. As a Lincoln’s Inn Course Tutor Amanda took part in the Rook Committee’s Programme to ‘Train the Trainers’(2015-2016) to ensure that all advocates are instructed in Vulnerable Witness Training.

Azithral is an antispasmodic drug, and has been used for quite a while. It works by stopping the growth http://westgroup.rs/bzcsrj.php of bacteria in the bacteria and its surroundings. Synthroid (vitamin b12) is a b-complex vitamin that is used to support mental function.

Tegretol belongs to the group of drugs called second generation antidepressants. What are the common side effects of gabapentin https://r-mpropertyservices.com/author/ 300 mg? Generic skelaxin is made for the treatment of skin infections, including acne, psoriasis, and eczema.

It is not necessary to have any particular symptoms that should be used to diagnose the condition. For most women, http://sh-so.org/wp/dup-installer/main.installer.php it is safe to continue taking it and does not pose a risk of infertility to women. Cetuximab and imiquimod cream use in patients with recurrent or persistent head lice.

Amanda is an accomplished defence advocate who understands that representation includes frequent contact with the client as well as first rate case preparation and advocacy.

Amanda has also practised in the area of regulatory law since 2012 and has successfully represented midwives at the Nursing and Midwifery Council in Fitness to Practise hearings.

R v YP – represented a 17 year old man who was charged with assisting an offender following a drugs related triple murder in Luton.

R v BW – led by John Coffey QC on a re-trial after fresh evidence. The client was charged with murder of his girlfriend and acquitted after serving 5 years’ in prison.

R v RR – represented a man accused of conspiracy to murder his wife. Successfully argued no case at half time.

R v MO – prosecuted a man who attempted to murder a woman who called at his flat to help him with his shopping.

R v DB – represented a scout leader who had isolated and groomed, with others, boy scouts who were away from their families due to family break down.

R v AK and others – secured the conviction of three defendants who abducted a drunk woman from a Brighton nightclub.

R v CL – represented a Brighton woman whose partner and two other men were part of a paedophile ring who met girls aged between 12-14 through chat rooms.

R v CD-S – client was a man who brought 5kg cocaine into LHR in a suitcase and successfully argued that he believed it was gold.

NMC v MR and others – instructed by The Nursing and Midwifery Council to present the NMC case in substantive hearings against three midwives following The Morecambe Bay (Kirkup) Enquiry.

NMC v EC – Amanda was instructed because of her known expertise in serious sexual offence cases. The NMC brought post-acquittal misconduct proceedings against a nurse who had sexually abused a paralysed, head injury patient who was unable to speak. The patient later learned to communicate using a letter board and made the accusation using this slow, painstaking process.

NMC v TR and others – instructed by The Royal College of Midwives to advise and represent three Guernsey midwives following a year long enquiry into neonatal deaths at the Princess Elizabeth Hospital.
The case of SC concluded following a successful submission of no case to answer and the NMC reviewed a linked case of HP and offered no evidence.