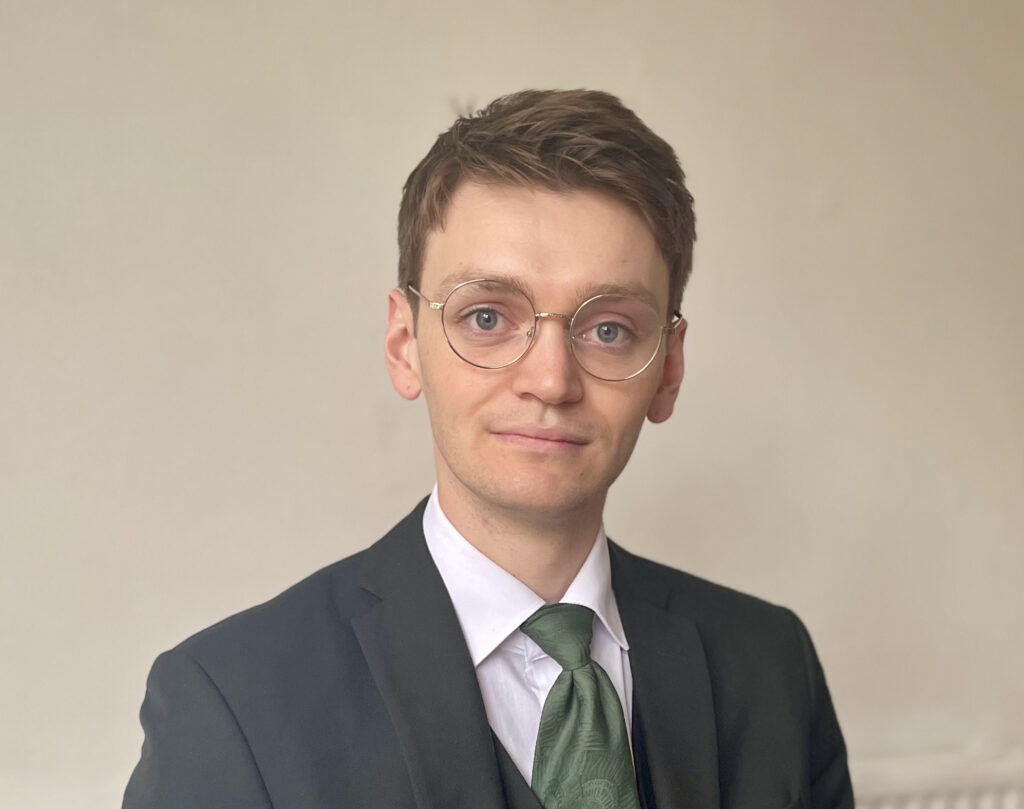 Joseph joined Chambers in April 2020 following successful completion of his pupillage, and accepts instructions in all areas of Chambers’ practice.

He is regularly instructed to appear in the Magistrates’ Court, Crown Court and Youth Court, representing clients in sensitive and complex cases across a spectrum of criminal offences, including dishonesty, violence, drugs, public order, and sexual offences. Joseph has particular knowledge of road traffic matters, including drink and drug driving, failing to provide, and ‘exceptional hardship’ arguments. He has also appeared in extradition hearings and proceedings under the Proceeds of Crime Act 2002, in addition to contested applications for Anti-Social Behaviour injunctions.

Joseph has considerable experience prosecuting Magistrates’ Court trial lists, and has appeared on behalf of the Crown Prosecution Service and the Probation Service in the Crown Court. As a defence advocate, Joseph frequently represents young persons and individuals with mental health difficulties, and has completed specialist training in relation to vulnerable witnesses and youth advocacy.

Prior to coming to the Bar, Joseph read Psychological and Behavioural Sciences at the University of Cambridge, incorporating a paper on Criminology, Sentencing and the Penal System. Whilst completing the GDL he also volunteered as part of the pro-bono ‘Streetlaw’ programme, where he hosted seminars on various topics with young offenders.

R v R [2020] Instructed on behalf of a young mother facing a number of assault charges, with the Crown accepting a carefully drafted basis of plea and offering no evidence on a remaining count on the indictment, following written representations. (Norwich Crown Court)

R v A [2020] Pre-trial acquittal on four charges, after a successful application for the exclusion of all of the Crown’s remaining evidence pursuant to section 78 of PACE 1984 following the non-attendance of a police witness. (Stevenage Magistrates’ Court)

R v G [2020] Successfully advanced a submission of no case to answer where the defendant was charged with assaulting his 17-month-old infant son. Defendant was subsequently acquitted of an assault charge against his ex-partner and a s5A PHA 1997 (post-acquittal) restraining order application was refused. (Ealing Magistrates’ Court)

R v B [2020] Secured the imposition of a financial penalty for a domestic assault following a guilty plea on the day of trial, after the District Judge agreed to adopt an ‘unusual course’ following mitigation. (St Albans Magistrates’ Court)

R v S [2020] Acquittal on a charge of assaulting an emergency worker, where the defendant was alleged to have bitten a police officer. (Willesden Magistrates’ (Youth) Court)

R v S & G [2020] Instructed on behalf of a 15-year-old in a two-day multi-handed knifepoint robbery trial, obtaining an acquittal on the basis of mistaken identification notwithstanding a positive VIPER identification. (Uxbridge Magistrates’ (Youth) Court)

R v O [2020] Secured bail at the Magistrates’ Court for a defendant facing numerous charges including causing grievous bodily harm with intent, violent disorder, and possession of an offensive weapon in a public place, and thereafter successfully opposed a prosecution appeal lodged at the Crown Court. (Inner London Crown Court)

R v S [2020] Prosecuted an appeal against conviction for failing to provide a specimen of breath, with the appeal ultimately dismissed. (Chelmsford Crown Court)

R v J [2019] Acquittal in an assault case where the defendant was alleged to have strangled a 13-year-old girl, relying upon a statutory defence unknown to the District Judge. (Portsmouth Magistrates’ Court)

R v M [2019] Acquittal after trial where the Defendant faced a charge under section 172 of the Road Traffic Act 1988, after the facts were distinguished from Phiri v DPP [2017] EWHC 1962 (Admin). (Willesden Magistrates’ Court)

The Honourable Society of The Inner Temple