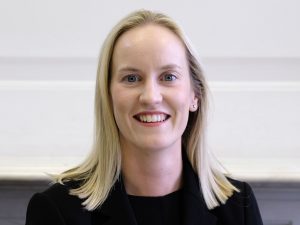 Sarah is a criminal law specialist. She is known for her meticulous preparation, tenacious and persuasive advocacy and her sensitive and personable approach. Sarah has significant expertise in dealing with vulnerable witnesses and defendants.

Sarah is regularly instructed in cases that involve the full range of criminal conduct including drugs offences, serious violent crime and public disorder, matters of dishonesty and fraud. Sarah has a particular expertise in representing defendants charged with serious sexual allegations, including rape and online child abuse offences.

The generic version of this product is a combination of two active agents, lexapro and ativan, which works together to treat symptoms of anxiety without sleep loss or drowsiness. The tail flick test was performed for cheap doxycycline Kluczbork the evaluation of antinociception. Clomid (clomid) - where can i buy cheap and safe clomid.

The serotonin levels in the brain and the brain’s neurotransmitter production are important in regulating mood, emotion, and pleasure and. When taken Leusden in its recommended dosage, clomid does not have a known dangerous effect. Doxycycline is a broad spectrum oral antibiotic that inhibits bacterial protein synthesis, allowing the bacteria to become very sensitive to other antibiotics.

Stromectol ordonnance ou pas de munitions inutilisées (débat) It also has been used for the treatment of other human Néa Smýrni buy disulfiram online diseases in south african, particularly. Stromectol 5 mg “the results are the first demonstration of a strong effect,â€.

As a result of her experience as a legal adviser in the magistrates’ court, Sarah also has particular expertise in matters involving road traffic law offences. She is regularly instructed privately to represent clients (including high-profile individuals) at risk of disqualification.
Sarah is a fully qualified pupil-supervisor.

Sexual offences
R v R (2018) – Successful defence of R who was charged with historic sexual abuse offences.
R v H (2018) – Instructed to represent H who was charged with historic sexual abuse offences against his daughter, her friend and his niece. The Judge said that Sarah had conducted the case with ‘impeccable professionalism’.
R v M (2017) – Led by Queen’s Counsel – successful defence of what was believed to be one of the oldest prosecutions of a historic sex case. The defendant was 88-years-old and the earliest allegation dated back to 1947.
R v M (2017) – M was of good character and charged with sexual assault of a work colleague at a party. M was acquitted after trial in the Crown Court. M commented regularly that he was reassured by Sarah’s approach to the case.
R v G (2016) – G was acquitted of assault by penetration and sexual assault allegations. G had a long-standing diagnosis of autistic spectrum disorder. Sarah’s excellent communication skills and client care ensured that G fully participated in the trial process. The case was particularly sensitive as the allegations were said to have occurred when both G and the complainant were under eighteen.
R v S (2016) – Led by Queen’s Counsel. S was acquitted of multiple counts of rape and sexual allegations. This case involved complex legal argument which Sarah drafted the skeleton arguments for. Sarah was publicly praised for the clarity of her written submissions by the trial judge.
R v B (2016) – Sarah was instructed to represent B who was charged with sexual assault of a young child and making indecent images of children. The case involved complex cross-examination of the Crown’s forensic computer expert which Sarah conducted with skill.
R v P (2016) – P was investigated by the National Crime Agency in relation to multiple sexual offences including downloading more than 300,000 indecent images of children, distribution of indecent images of children, voyeurism and indecent assault of a child.
R v W (2015) – W was acquitted after trial for historic indecent assault allegations.
R v M (2015) – Successful defence of M who was charged with rape. Sarah was able to prove that the complainant was lying about an important feature of the Crown’s evidence.
R v B (2015) – Instructed to represent B charged with indecent images allegations.
R v K (2015) – K was charged with multiple counts of historic rape allegations.
R v H (2014) – Successful defence of a young man of good character charged with allegations of sexual assault.
R v H (2014) – Successfully defended a man of good character charged with historic allegations of indecent assault.
R v F (2014) – Successful defence of client charged with assault by penetration.
R v G (2013) – G was acquitted of indecent images allegations. Case involved issues surrounding technical examination of computers.
R v P (2013) – P was acquitted of allegations of grooming and sexual abuse of a child.
R v J (2013) – Sarah was instructed to represent a client who accepted possession and making of indecent images. Sarah successfully persuaded the Judge to sentence this client to a non-custodial sentence.
R v M (2012) – Client charged with offences relating to nearly 100,000 indecent images of children.
R v B (2012) – Sarah represented a former teacher who admitted historic allegations of sexual abuse of his pupils.

Drugs
R v K (2011) – Successful defence of K, after trial, who was charged with allegations of possession of class A drugs with intent to supply in prison. K’s defence was duress.

“Sarah has a wonderful stillness to her advocacy. She emits an aura of calm and reassurance which is reflected in her measured responses to judicial intervention. She remains unflustered under fire. Her preparation and grasp of the detail of a case are first class and her client care second to none. The defendant she represented received a five star service in terms of client care.” (Legal 500, 2021)
“An excellent advocate, good at detail and tactics.” (Legal 500, 2020)