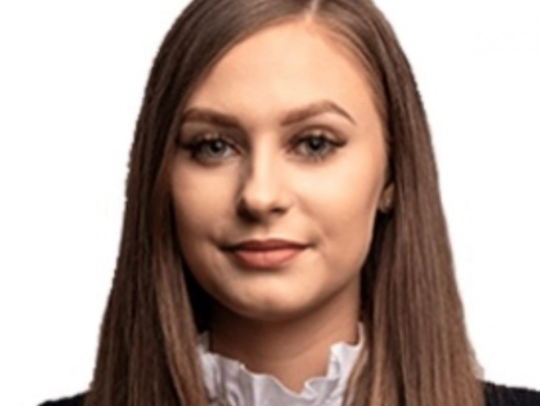 Coming from a working-class background in East London, Chloe is known for her ability to put clients at ease and for her unwavering approach both inside and outside of the courtroom.

Chloe accepts instructions to defend in all areas of crime within the Magistrates’ Court, Youth Court and Crown Court. She has a specific interest in gang crime and representing those who are victims of exploitation.

Solicitors have expressed that she gave clients “an excellent service throughout” and have noted “I’m really impressed with Chloe, great sentence and it was complex by numerous issues, she grasped the nettle overnight and did a fantastic job. I had a chat with her before and after, she is clearly a very bright lady.”

Prior to pupillage, she worked as a paralegal at a successful Criminal Defence firm in London (notably, she worked on a 6-week joint enterprise murder trial at the Old Bailey), an Independent Custody Visitor (ensuring fair treatment of detainees in police custody) and volunteered at a legal advice clinic and for a ‘Street-law’ programme where she presented several seminars to school children, college students and prisoners on varying criminal law topics.

Chloe also advises and acts on behalf of local authorities at first-tier tribunals in relation to Special Educational Needs and Disability (SEND) in schools.

R v NA (2022) – successfully secured an acquittal after trial for a defendant charged with assault occasioning actual bodily harm and assault by beating in a domestic context.

R v DG (2022) – defendant (initially charged with aggravated burglary) entered a guilty plea to affray which was acceptable to the Crown. The starting point of the offence was therefore reduced from 10 years imprisonment to 1 year imprisonment. The defendant was sentenced to a Mental Health Treatment Requirement.

R v KB (2022) – defendant sentenced to 3 months imprisonment suspended for 18 months for being concerned in the supply of Class B drugs and possession of Class A drugs x2.

R v JO (2022) – defendant sentenced to a 12-month community order for possession of a bladed article and racially aggravated fear or provocation of violence.

R v TN (2021) – defendant sentenced to 24 months imprisonment suspended for 2 years for one count of controlling or coercive behaviour in an intimate relationship (spanning over 2 years and 9 months). The prosecution appealed this sentence on the basis that it was unduly lenient. Chloe represented the defendant at the Court of Appeal when the original sentence was quashed and substituted with 24 months imprisonment.

R v EA (2021) – defendant entered guilty plea on a basis and was sentenced to 22 months’ imprisonment for production of Cannabis and possession of criminal property.

R v PR (2021) – defendant sentenced to 9 months imprisonment suspended for 24 months with DRR for dangerous driving (driving 78mph in 30mph zone which resulted in a collision), possession of a Class A drug, driving without insurance and driving without a licence.

R v BB (2022) – defendant was acquitted of assault by beating. Successfully opposed Crown’s application to admit body worn video of the complainant’s first account at trial under the res gestae provision, resulting in the Crown offering no evidence.

R v FB (2021) – defendant sentenced to an 18-month community order for three offences of assault on an emergency worker (spitting during Covid 19 pandemic).

R v JB & others (2021) – three of the four defendants represented were sentenced to community orders and the fourth received a fine after guilty pleas to affray were accepted (initially charged as violent disorder). [Express News Report] [My London News Report]

R v DR (2021) – secured an acquittal after trial for theft by an employee at Selfridges, London.

R v LG (2021) – secured an acquittal after trial for assault by beating.

R v SB (2021) – defendant sentenced to a 12-month community order for shining/directing a laser beam towards an aircraft despite the enactment of tougher sentencing measures in 2018.

R v RP (2021) – defendant was acquitted of racially aggravated fear/provocation of violence after the Crown offered no evidence following a successful application for disclosure of CCTV footage.

R v LC (2021) – successful application to suspend the defendant’s disqualification from driving pending his Crown Court Appeal against conviction and sentence which resulted in him not losing his job.

R v JH (2021) – defendant was acquitted of assault by beating. Successfully opposed Crown’s application to admit 999 call and body worn video of the complainant’s first account at trial under the res gestae provision, resulting in the Crown offering no evidence.

R v MC (2021) – defendant sentenced to a 12-month conditional discharge for possession of a weapon for the discharge of a noxious liquid/gas/electrical incapacitation device.

R v AA (2021) – defendant sentenced to a 12-month community order for possession of bladed article, failing to stop for a constable, driving without due care and attention and driving without insurance.

R v JH (2020) – defendant sentenced to 12 months’ imprisonment suspended for 2 years after careful mitigation for breach of SHPO and voyeurism.

R v TO (2020) – successfully obtained bail for defendant charged with GBH despite a breach of bail condition being admitted.

R v OS (2021) – youth who pleaded guilty to false imprisonment on a joint enterprise basis (involved brandishing of knives, use of duct tape and physical violence) and possession of Cannabis was sentenced to a 12-month referral order.

R v MD (2021) – youth acquitted after the Crown offered no evidence to possession of a bladed article following a successful application to exclude CCTV footage under s.78 PACE 1984.

R v AO (2021) – youth was acquitted of possession of a bladed article. Successfully opposed an application to adjourn the trial after an administrative error meant witnesses for the prosecution were not warned to attend court, resulting in the Crown offering no evidence.

R v JAM (2021) – drafted written representations sent to the CPS, submitting that it was not in the public interest to prosecute a vulnerable youth for possession of Cannabis, theft and assault by beating, which resulted in proceedings being discontinued.

R v CR (2021) – successfully argued for an adjournment for a caution to be administered to a 14-year-old youth for possession of an offensive weapon.

R v MB (2021) – youth sentenced to a 6-month referral order for the making of an offer to supply to another Class B drugs.

The Honourable Society of the Middle Temple

Trained in US capital defence law and procedure (Amicus)